Coronavirus can survive on skin for 9 hours 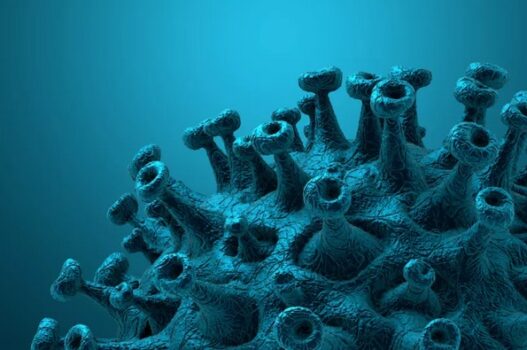 The new coronavirus can linger on human skin much longer than flu viruses can, according to a new study from researchers in Japan.

Fortunately, both viruses on skin were rapidly inactivated with hand sanitizer.

The findings underscore the importance of washing your hands or using sanitizer to prevent the spread of COVID-19.”This study shows that SARS-CoV-2 may have a higher risk of contact transmission [i.e. transmission from direct contact] than IAV because the first is much more stable on human skin [than the latter]” the authors wrote in their paper, which was published online Oct. 3 in the journal Clinical Infectious Diseases. “These findings support the hypothesis that proper hand hygiene is important for the prevention of the spread of SARS-CoV-2.”

Earlier in the pandemic, researchers in the U.S. analyzed how long SARS-CoV-2 could last on surfaces and found it remained viable on copper surfaces for up to 4 hours, on cardboard for up to 24 hours and on plastic and stainless steel for up to 72 hours, Live Science previously reported. However, for ethical reasons, examining how long the virus can last on human skin is more complicated — you can’t just put samples of a potentially lethal virus on people’s hands.

So for the new study, the researchers, from Kyoto Prefectural University of Medicine in Japan, created a skin model using samples of human skin obtained from autopsies. The samples were collected approximately one day after death. The authors note that even 24 hours after death, human skin can still be used for skin grafts, meaning that it retains much of its function for some time after death. Thus, the collected samples could be a suitable model for human skin, the authors argued.Related content

Using their model, the authors found SARS-CoV-2 survived on the human skin samples for 9.04 hours, compared with 1.82 hours for the influenza A virus. When these viruses were mixed with mucus, to mimic the release of viral particles in a cough or sneeze, SARS-CoV-2 lasted an even longer time, about 11 hours.

However, both viruses were inactivated on skin 15 seconds after using hand sanitizer that was 80% ethanol.

“Appropriate hand hygiene … leads to the quick viral inactivation [of SARS-CoV-2] and may reduce the high risk of contact infections,” the authors said.

The authors note that their study did not consider the “infectious dose” of SARS-CoV-2, that is, the quantity of virus particles needed to give someone an infection from contact with contaminated skin, and so future research should also examine this question.

We have a proposal to you .. just use Lumineux!

No products in the cart.

No products in the cart.